As of 31 December 2018, this anthology is no longer available! It was a limited-time-only charity project and we hope you enjoyed it. If you didn’t manage to catch a copy in time, you’ll find the stories published separately in due course.

Charity Anthology: All 2018 proceeds to Planned Parenthood.
Christmas is a time for rekindling love in five new historical romance novellas. These couples will be sheltering from blizzards and hiding in wardrobes, reuniting with old flames, stealing mistletoe kisses, and falling in love. Passions are reignited by Snapdragon, a fiery Regency party game, but who will receive the best Christmas present of all-a happy ending? Immerse yourself in the romance, snow-covered landscapes, and blazing hearths of a heart-warming, sensual, Regency Christmas.

This is feel-good reading at its best: happily ever after for you and help for women in need.

Tropes: second chance, reunion, childhood sweethearts, snowed-in, forced proximity, compromised, scandal, road-trip, makeover, friends-to-lovers.
170,000 words, 28,000 – 40,000 per novella.
***All complete, original, never-before-published novellas (no samples or stuffing).***
All proceeds will be donated – the authors aren’t being paid for this anthology.
Content Notes can be found after the Copyright page.
Heat level: medium (~one love scene per novella)

A Midwinter Wager by Elizabeth Keysian
Her viscount’s been stolen…
When her stepsister tricks her noble beau into a fake engagement, Miss Francesca Heathcote tires of playing nice. She’ll even risk ruin to win him back. A game of dare, a wager and a night in a haunted room offer a chance to set him free, but her conniving stepsister has one more ace up her sleeve…

Christmas wore Plaid by E. Elizabeth Watson
When Scarlet Fever forced Emerson Lindt to move to England, her only consolation was Brady MacInnes’s promise of writing-letters that never arrived. When she returns to Scotland years later, Brady is adamant that he never betrayed her. And though poverty plagues Scotland and stretches Brady’s pocketbook, their love for each other flares anew. Can a Christmas miracle and the spirit of giving finally grant them a future together after they were denied marriage so long ago?

A Pineapple in a Pine Tree by Eve Pendle
Five years after breaking Amelia Chilson’s heart, he’s back. Robert Danbury wants the mistletoe kiss Amelia denied him years ago, but nothing more; loving a woman again is an unthinkable risk. Then they’re caught innocently in bed together and Robert has an instant to choose: Amelia’s reputation, their lost love, or his conscience.

Let it Snow by Diana Lloyd
When he stole her first kiss one Christmas, Tobin Everleigh didn’t realize it would be ten years before he got another. Saffron Thomas is determined to forget the kiss and the boy who called it a folly. When fate brings them back together for a holiday celebration a fiery game of Snapdragon gone wrong and a midnight dash through a snowstorm proves their attraction was no game.

A Captain for Christmas by Evelyn Isaacks
Georgiana Throckmorton is eager to return to social life after years of isolation in the north of England. When she’s invited to spend Christmas with an old friend she never expects to be reunited with her first love-Alexander Forrester, who ran away to the sea after he made love to her. Passion reignites once again, but past hurts loom over their second chance at love.

The first chapter of Eve’s novella, A Pineapple in a Pine Tree, is available to read now.

A Pineapple in a Pine Tree 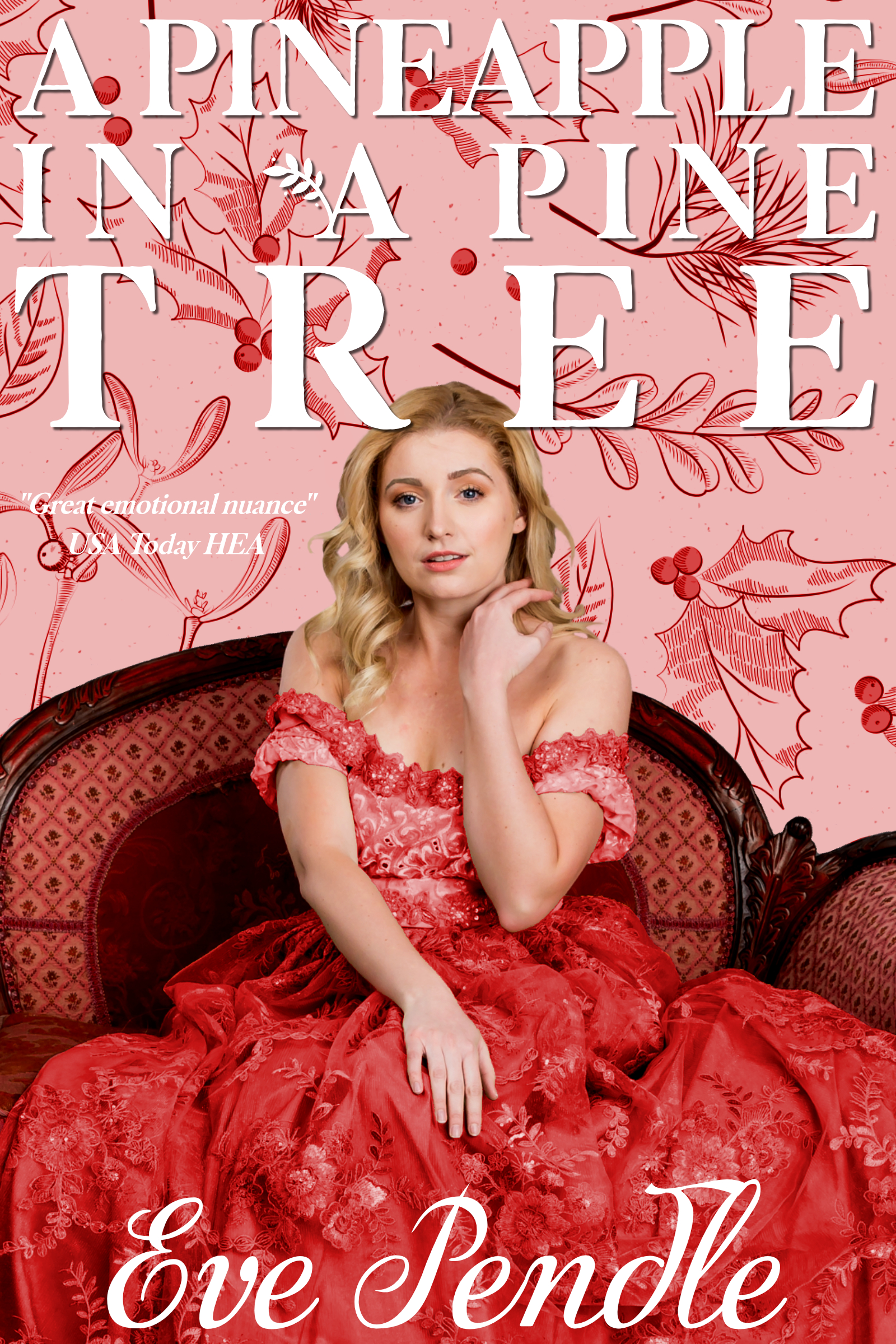